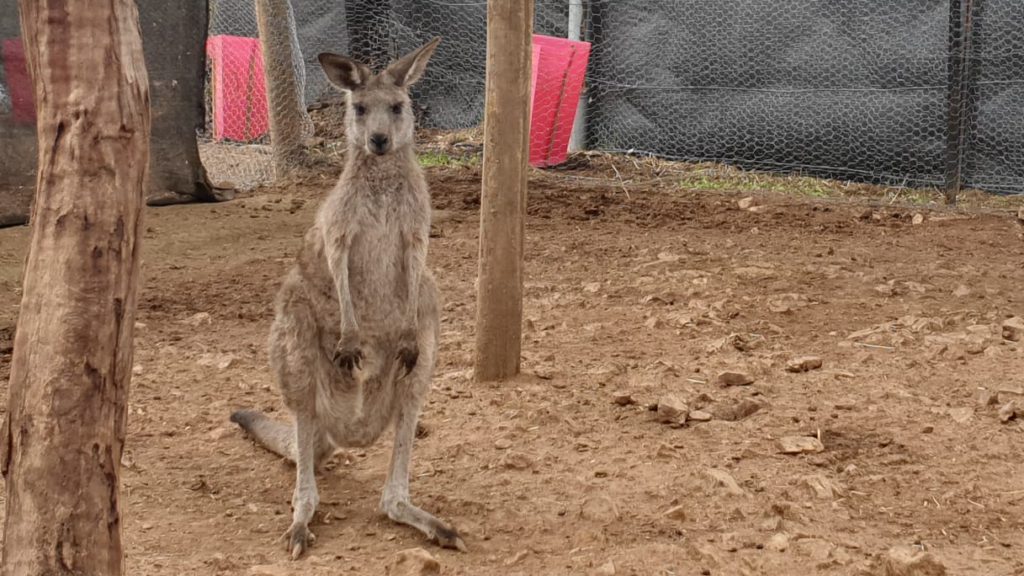 Many organisations rallied together to help the injured wildlife, including Possumwood Wildlife Sanctuary. Thirty burns cases were rescued and brought to the Possumwood treatment centre. Almost all survived and have been returned to the wild. AVT had the privilege of visiting the Possumwood sanctuary to discuss and demonstrate how WirelessZoo could be used to aid monitoring rescued animals.

Prof. Steve Garlick has been rescuing, treating, and rehabilitating wildlife mammals for 20 years. With his wife Dr Rosemary Austen, Steve operates the Possumwood Wildlife Recovery and Research Centre on the Lake George Escarpment in the southern tablelands of NSW. Together they have rehabilitated close to 6000 sick and injured wild animals. They average around 300 new animal arrivals every year and specialise in difficult cases of wildlife recovery including burn cases rescued from wildfires, fractures, wounds, myopathy and emotional distress.

During the visit, WirelessZoo was used, in conjunction with their current monitoring equipment, to monitor five kangaroos that had been affected by the wildfires.

The current monitoring equipment used at Possumwood, can only be used on the Kangaroos whilst they are sedated. WirelessZoo enabled monitoring of heart rate, SpO2 and temperature, not only during surgery but also during the recovery period, during which time the risk of complications is higher.

One of the Kangaroos had been sedated for the team to re-dress wounds on his legs and feet.  WirelessZoo was able to show that the Kangaroo became tachycardic – with a heart rate reaching over 200bpm. Normal heart rate is between 39 and 80 (Jour, McCarron, Buffenstein, et al – 20011) and that the SpO2 was in the low range.  The continuous readings that WirelessZoo provided, enabled the Veterinary team to respond appropriately to aid the recovery.

AVT are excited to be working with Possumwood on a future research project, whereby WirelessZoo technology will be used to collect data that will ultimately pave a way in quantifying physiological and behavioural stress in grey kangaroos.

In December 2020, Possumwood Wildlife received its hospital operating licence from the New South Wales Veterinary Board.  It is believed to be the first fully licenced veterinary hospital in the state dedicated to wildlife.

Prof. Garlick  has held professorial positions in various universities over the past 18 years and is currently an honorary professor in the Centre for Compassionate Conservation at the University of Technology Sydney. Prior to academia Prof. Garlick was a senior executive with the Australian Government.  He publishes in economics, applied ethics and wildlife behaviour. He was the founder of the Animal Justice Party of Australia and was elected its national president for six years prior to retiring from this position in September 2016.